Looking for something to do in Windsor? Whether you're a local, new in town or just cruising through we've got loads of great tips and events to offer. Find out what’s on in Windsor with our regularly updated events calendar featuring the best upcoming events in Windsor and the area.

This guide lists events at a glance, showing what’s on each month. See the highlights of What’s On for Windsor, featuring the best of things to do in Windsor – Live Music and Gigs, Family Events, Art & Culture, Food & Drink and much more. Windsor fundraisers and charity events.

Important This Event Calendar is not maintained on a daily basis and some events may have changed dates or are no longer happening. Please double-check the event websites for the most up-to-date information. 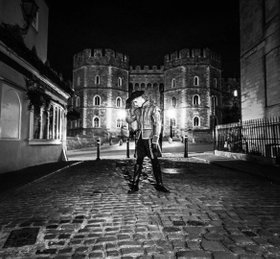 Uncover Windsors blood-curdling past in this theatrical ghost tour of the city featuring accounts of execution, death, betrayal and more!

Windsor may be a beautiful city but when the darkness engulfs the city, its supernatural side comes to life.

Come face to face with gruesome ghosts including Henry VIII, the Butcher who became his victim and the tortured spirit of Herne the Hunter.

Discover terrifying accounts of haunted hot spots including Windsor Castle, The Guildhall, Sir Christopher Wren Hotel, The Theatre Royal and so much more!

Will you face your fears and take on the tour?

Please note that this tour is around the streets of Windsor and not in the castle.

If you have an event, that you would like to be featured on our Events Calendar, please visit Free Event Listing.