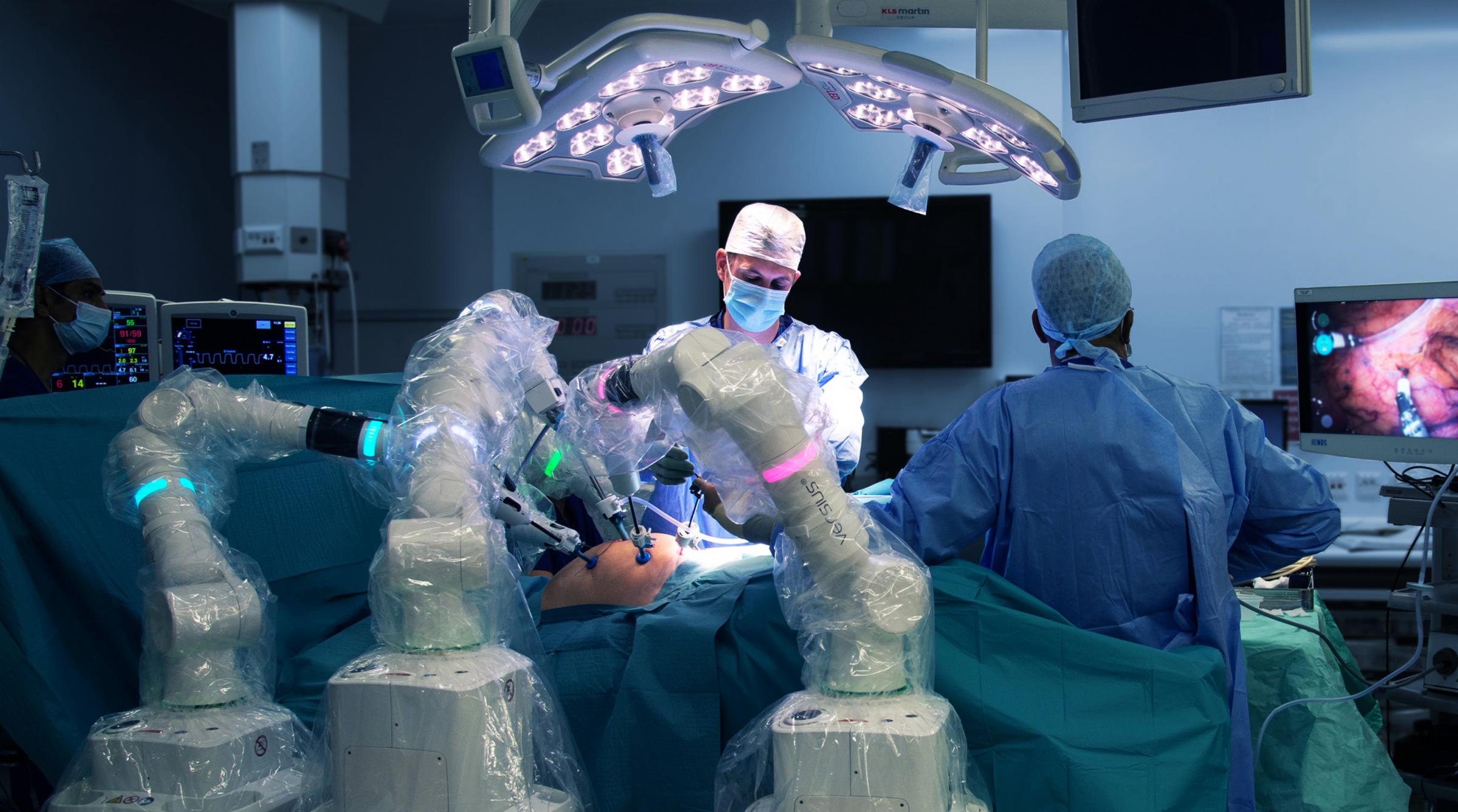 A new robot that can transform the way way surgeries are carried out is being pioneered by the trust that runs Slough’s Wexham Park Hospital and Heatherwood in Ascot.

The state-of-the-art Versius robot can be used for a wide range of keyhole procedures, including complex cancer cases.

Frimley Health NHS Foundation Trust – which runs Wexham Park, as well as Heatherwood in Ascot in addition to its hospital at Frimley Park – is one of the first hospital trusts in the UK to use the new form of robotic surgery that will help to transform care for hundreds of patients.

The robot’s flexibility gives surgeons greater access to the surgical site than would previously have been possible, and by creating a smaller entry wound it reduces the risk of infection and enables patients to recover from their operations more quickly.

Frimley Health is the first UK trust to use Versius in urology, as well as in colorectal surgery. It has performed a range of procedures, including the treatment of kidney and bowel cancers and inflammatory bowel disease.

The robot is portable and can be moved between operating theatres and the Trust’s three main hospital sites at Frimley Park, Wexham Park and Heatherwood Hospital.

Frimley Health consultant colorectal surgeon Henry Tilney said: “The introduction of Versius is a major step forward for surgical robotics and will enable us to offer the benefits of minimal access surgery, which include greater precision, faster recovery times and reduced risk of infection and post-surgery complications, to hundreds more people.”

Trust chief executive Neil Dardis said: “The Versius enables us to make sure Frimley Health remains at the forefront of care, both nationally and internationally, providing the latest technology for the benefit of our patients. This is core to our ambition of providing the best possible care for the people and communities we serve.”