Ryanair will be dropping the price of flights for the next six to 12 months, the firms chief executive has announced.

The move is to help get people flying again after coronavirus restrictions have grounded flights for the past year.

Sky News report the budget airline is hopeful it can fly 60-70 per cent of normal traffic volumes this summer with more people hopeful of planning a summer holiday following Boris Johnson’s road map detailing how he intends to lead the country out of lockdown.

READ MORE: Budget 2021: When will it be announced and what might Rishi Sunak say?

The announcement comes as the airline clocked another month of record low traffic in February. 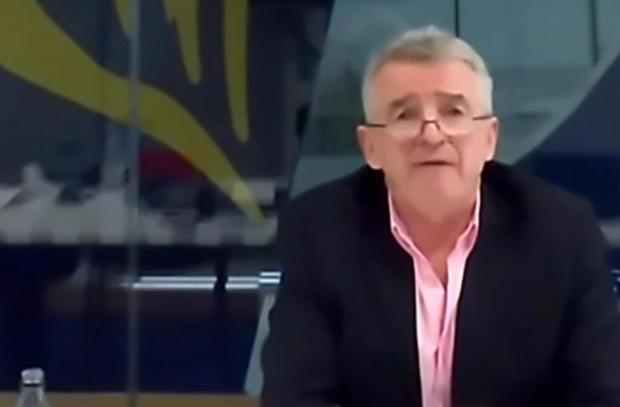 Ryanair boss Michael O’Leary said Government support for airlines during the coronavirus pandemic has been “lamentable”.

He told the Transport Select Committee: “We had to refund over 1.5 billion euro (£1.3 billion) to customers in the last 12 months because our flights were cancelled by government order.

“There has been no support for that. We have received no support.”

Ahead of the Chancellor’s Budget announcement, Michael O’Leary told the Transport Select Committee that Chancellor Rishi Sunak has “done nothing” about Air Passenger Duty (APD).

He said: “Where I will be most critical of the UK Government is the one lever they have at their disposal – and that is this ridiculous APD tax of £22 per departing passenger – no effort has been made by the Government to roll that back, reduce it temporarily, or in fact what we would call for, abandon it altogether, at least until traffic at UK airports recovers to pre-pandemic levels.

He added: “Rishi Sunak has done nothing about APD, which is the most egregious tax on air travel, because it is regressive and it hits the poorest people hardest.

“So there’s much more to be done on Government support.

“The furlough scheme falls short of what needs to be done and it will be a very challenging and difficult return to normal operation or pre-Covid operation levels and profitability.”