PRESSURE for the council to part ways from a private enforcement company is mounting as campaigners plan to “cause as much fuss as possible”.

A campaign group called Expose District Enforcement tactics and methods in RBWM have called on residents to send emails to the council and demand them to cancel their contract with the company.

District Enforcement was appointed on a short-term basis by the Royal Borough in October 2020 to police littering and other environmental crime, such as fly-tipping.

The company has been under fire from councillors and residents on the way they conduct their business and have been accused of making a quick buck by targeting people who drop cigarettes or rubbish rather than tackle fly-tippers.

These claims were denied by District Enforcement at a communities overview and scrutiny panel in February 2021.

In one instance, a Windsor man contacted the Local Democracy Reporting Service (LDRS) saying he was slapped with a £200 fine by District Enforcement for placing a small Amazon package into a big box next to the Windsor Leisure Centre skip.

According to figures provided by the private firm at the meeting, 1,309 fines were issued as of December 31, 2020 – with 1,185 of them being littering offences.

John Webb, who is spearheading the campaign, told the LDRS he and other supporters are going to “cause as much fuss as possible” for the Royal Borough to cancel the contract or not to extend it by sending ‘pre-written’ emails to the council. 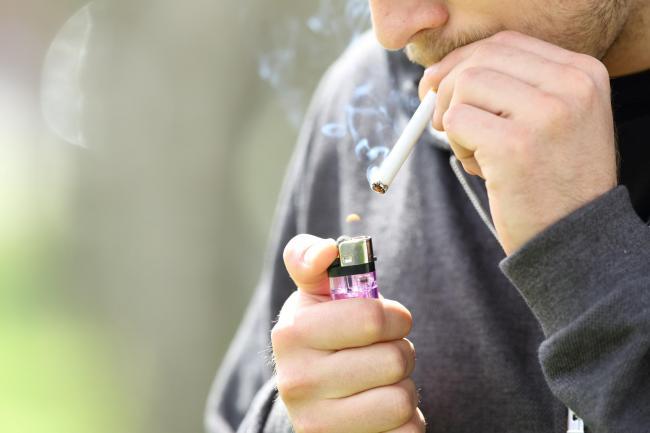 District Enforcement has been accused of targeting smokers (PA)

He said: “The proportion is always about the cigarette butts and that’s because it’s profit-driven, where they can get their money.

“It’s not about keeping the borough clean; it’s about sustaining business for a private enforcement company.

“They [District Enforcement] have this remit where they’re supposed to be doing fly-tipping and general litter, but if you look at the numbers on it, 81 per cent of all the fines are cigarette butts because it’s easy picking.”

Mr Webb, who said he has not been fined by the company, added money from the fines should not go to a private company based in Liverpool.

In response, a council spokesman said District Enforcement is “fully accountable” to the local authority for its actions and is reviewed monthly and will make recommendations whether or not to carry on with the contract in the future.

They said: “Council officers have witnessed District Enforcement at work and the company’s professionalism was of the highest order.

“The council is determined to address residents’ concerns about litter and will continue to take a robust approach. Littering in our borough is wrong and damaging to the environment and will not be accepted, including the dropping of cigarette butts.

“Regarding fly-tipping, frequently it takes more effort to fly-tip rubbish than it would take the same waste to a refuse and recycling centre.

“While it is always our intention to prosecute where we can, it is not always possible to identify the perpetrators.

“The council is determined to address residents’ concerns about fly tipping.”

TWO rescue who fell in love are now looking for a forever home to spend the rest of their lives together. Royal Borough Observer | Windsor …

GRASS in some parts of the Royal Borough is being left uncut and overgrowing leaving residents wondering when it will be sorted. Royal Borough Observer | Windsor …